With a synergistic mindset to bring together two seemingly opposite foci, this studio explores contemporary notions of material customization steeped in centuries old geometric order.  By revisiting the application of conic and developable surfaces in classical stone cutting and post-rationalization for construction, we’ll become cognizant of the ancient influence of the technical arts on the emergence of traditional forms, and how that has carried through to present day.  Looking forward, we’ll experiment with surface disclinations which reverse the stereotomic applications of conic sections to develop dimensionally accurate planar projections.  Strings of conic sections are instead discovered through rotational material bending, suggesting a shift from descriptive geometry used to shape materials, to the manipulation of physical properties guided by geometric principles.  While stereotomic projection is associated with shaping mass, surface disclinations may be associated with shaping thinness, turning our attention away from the monolithic and toward the monocoque.

Described initially by crystallographers to describe interesting defects in material composition, the concept applies to flat sheet materials by forcing them to self-react and transform into complex, stable curves with inherent rationality.  Since their development requires material behavior, their digital representation benefits from physics-based simulation. The studio will demonstrate the potential of this particular type of conic surface aggregation as it relates to large-scale form making through rigorous, iterative exploration prior to applied design proposals.  To scale up, we’ll look to fiber-reinforced composites as an example of material customization and programmability, suggesting that fine grain control over structural performance and aesthetic is a design space worth consideration in architectural research and practice.

To guide a purely geometric and materials based exploration for the first half of the semester, we’ll reference Semper’s notions of how threads, bands, lacquering, and seams have both a functional and aesthetic history. In the later part of the semester, we’ll reconsider these designed objects within the context of the monument, proposing an inversion of materiality, a move away from a strong outer profile toward a more spatial figure, the programmatic shift from viewing a centralized object to a more collective and distributed experience, and the iconoclastic transition from ideological symbolism to post-pandemic optimism and frivolity. 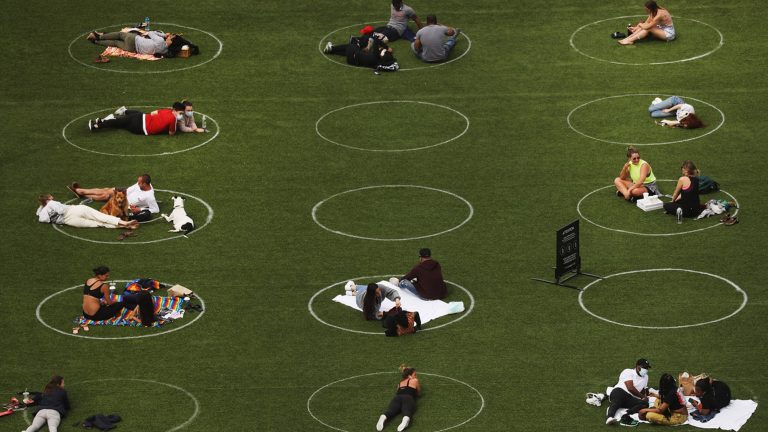 Instructor: Mark Shepard | Type: Studio
This graduate design research studio will investigate how to map a course of action in face of uncertain conditions.